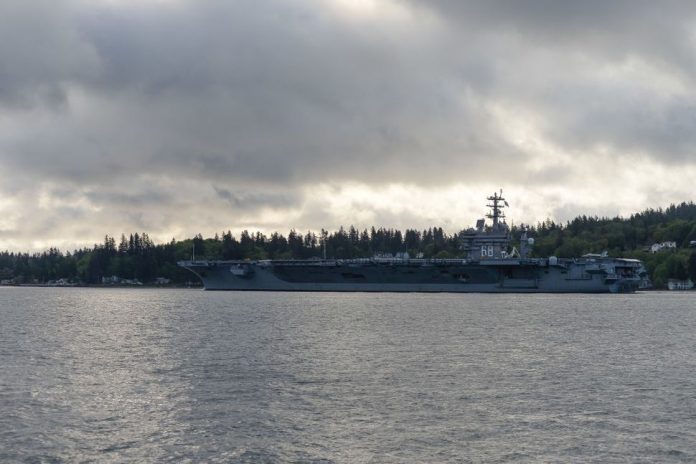 As the Indo-China conflict on the Galwan valley becomes hotter and hotter, it seems that China has more problems stirring up for itself, this time in the Pacific ocean. This time, China finds itself in a strategic debacle with the United States of America. For the first time in years, the US Navy has deployed three of their three aircraft carrier strike groups to operate in the Pacific simultaneously. Governments and experts alike, both in the US and China are seeing it as a power-filled response to the Chinese.

This step by the USA seems to be taken in light of various reports which claim that the in the garb of the COVID-19 crisis, Beijing is trying to take unclaimed territories. For the US, the USS Theodore Roosevelt is patrolling Guam in the Philippines sea, the USS Nimitz is off the West Coast, and the USS Ronald Reagan could be found in the south of Japan, in the Philippines sea too.

As the Indo-China conflict goes on and on, China was taken aback by this. They were critical of the move by the USA, and we’re seeing the Chinese firing verbal shots at them. “They seem to worry that the outside world is doubting their military capability,” Zhang Junshe, a research fellow for China’s Military Studies Research Institute, told the state news outlet Global Times in an article Monday under the headline, “U.S. Navy’s deployment of 3 aircraft carriers to Pacific a mere show of vanity.” He also added that such a naval deployment has not taken place since the year 2017.

In April, as the world struggled to deal with the COVID-19 pandemic, the Chinese navy had sunk a Vietnamese fishing vessel in the South China Sea, for which the USA had been critical of them. Now, as the Indo-China conflict on the Galwan valley still goes on, this move by the United States has surely created a state of panic within the Chinese and the People’s Liberation Army.