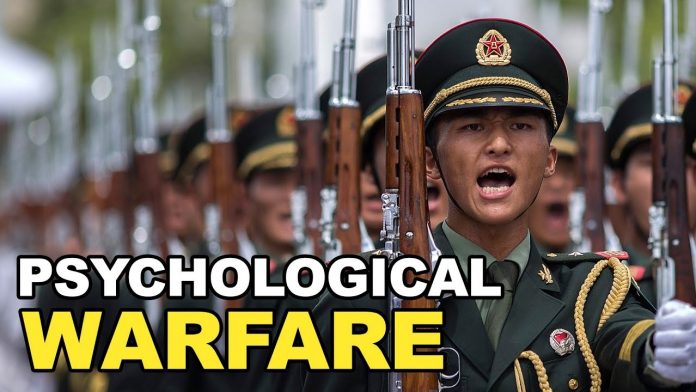 What is a war? Is it the amalgamation of the air, naval and land fighting forces of one nation being pitted against another? Is it the sum total of a number of battles where there is always a clear winner? That is a conventional, traditional definition of a war. But in the 21st century, when all the major nations of the world are equipped with deadly nuclear weapons that could potentially wipe out cities within minutes of them being launched, the tactics of warfare have changed a lot.

Before talking about the latest happenings, let us talk about China, the People’s Republic of China. Since the dawn on Maoism, the Chinese have behaved as anarchists and imperialists. The forceful annexation of Tibet, the attack on India and the annexation of a huge territory of Kashmir and Arunachal Pradesh, capturing the bordering areas of Mangolia, is this not the work of an imperialistic empire? Tiananmen Square, the forceful capturing of Panchen Lama( second most important Buddhist leader), or the South China Sea issue, where China repeatedly tries to bully countries such as Philippines and Taiwan, yet acts as a victim.

Since the last two years, videos from China where mosques and Churches were being demolished and religious people (Uyghur Muslims too) being continuously oppressed have surfaced more than often.  Yet, we see no outrage by anyone in the world, especially the international agencies such as the UN Human Rights Council which repeatedly schools India on Kashmir, or the international media. Not even religious groups protest it. Why do we all think that is? That is because of a carefully well-knit plan of taking over the world media. The plan consists of well-knit strategies wherein local news channels have been made to go international, emerging journalists from around the world, specially the West are being given all expense paid trips to Beijing to ‘train their mind in critical thinking’ in exchange of positive media coverage, and if all of this doesn’t work, coercion and use of force. This plan had been set in motion even before President Xi Jinping took over, and since Xi, it has rocketed off. Just think about it, when have you last seen a negative news about China? Were you even aware of the fact that China is ranked 177th out of 180 in the World Press Freedom Index?

While the media moguls of the world have given in to China, even international agencies are slowly becoming a propaganda tool at their hands. Since the World War 2, most international agencies have worked upon the benevolence of the USA. The funding, the international appointments, or the major decisions by these agencies have all been US-centric in nature. Today, a lot stands changed. After the Cold War era, the USA has been quite occupied with its own non-existent issues of no cultural importance. These issues, which were primarily started by the left-liberal China backed media houses of the US worked as an amazing distraction for the economic powerhouse China to use its influence and make these organizations more communist in nature. The lopsided and ignorant policies of the US could be seen when it stood as the largest funder of the WHO while the Director General of the WHO, Tedros Adhanom Ghebreyesus is a known communist.

China’s economic trap, which it had laid for third world countries via its Road and Belt Initiative already stands exposed. The economic might of this Dragon has risen so much that it plans its own version of USSR’s Iron Curtain in Africa and Asia. Pakistan has already subdued itself to it, whereas many African countries are in huge debts towards the dragon. The propaganda comes in effect when due to the media takeover by the Chinese, the plight and the colonial takeover of the natural resources of these countries gets completely ignored.

When one sees China militarily, it is easy for any country, even the USA to be wary of them. But is this justified? Sure, China is a known nuclear power, but even with their brash nature, they won’t risk a nuclear war. While their military power sure is big, the fact remains that most of their weapons are untested and low quality. Their military’s success is in the psychological takeover that they have done with the idea that their military is far superior to others.

Just think about it, in the last 50 years, when has China ever had a war, a battle or even a small armed conflict with any nation? When have you ever seen any video of an indigenous Chinese missile, or a fighter jet? We all have seen videos of Sukhois, F-16s, being flown by Indian, Russian, Americans and even Pakistani pilots. Why does no such video of Chinese fighter jets ever come across? China has a long list of domestic fighter jets, yet the only sales they make is to Pakistan. But everything is about propaganda these days, and the Chinese have slowly and steadily pushed it in our lives. In every border dispute that has happened, the Chinese have only escalated tensions to a certain limit, until they pushed back. Be it Doklam, or the ongoing border dispute in Aksai Chin, it can easily be predicted that the Chinese are not planning to prepare for a war. Since Doklam, it seems that the Indians seemed to have figured out their military propaganda, which is why they held their ground. Before Doklam, China’s military propaganda stood so strong that no one dared to dispute their superiority in Asia.

India successfully proved during the Doklam stand-off that China’s military is not so strong after all, and that India has the ability to counter them. The Chinese know it, which is why various videos of Indian soldiers being captured by the Chinese are being shared today. These half-truths are nothing but baseless videos made to instill fear in the hearts of Indian citizens. One should beware of them. The below photos are just an answer to that video-