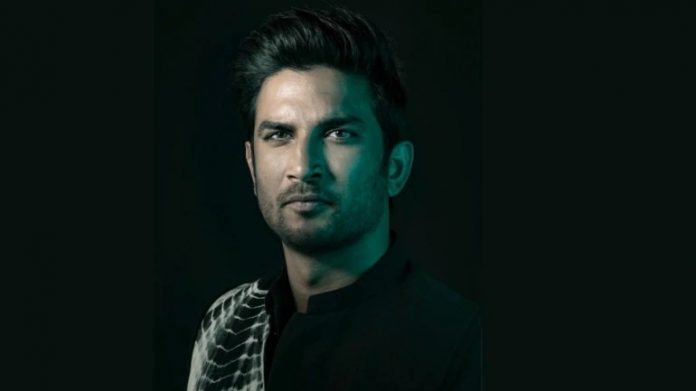 As the news of Bollywood actor Sushant Singh Rajput’s suicide became viral, condolence messages started pouring in by the second. Celebrities, politicians, sports personalities and general public, all seemed to have been taken aback by the news. While this may be a case of a high-profile suicide by an actor, what it really highlights is a plight of a grown man, away from his family, stuck in a place of negativity where everyone hated his guts. It shows how loneliness can affect even the successful ones, and how the current society has been molded in such a way that people do not even stop and look back towards the people who live physically close to them.

Coming back to the issue at hand, the mainstream media, in their coverage of this issue, and any other case involving suicide by a male cites the ‘traditional gender role of the male’ as one of the main reasons for this problem. According to a lot of mainstream media sources, the traditional gender role of men have indoctrinated them with a belief that it makes it harder for them to reach out and talk about their issues. Also, according to statistics, depression is a much more commonly diagnosed disease among women than men, only because the stigma around men having such problems have increased. But is traditional gender role to blame for this?

One thing which the critics of the traditional system often miss out on, or rather selectively miss out on is that the traditional gender role doesn’t just come responsibilities, it also has its own perks for all. Both men and women used to live in a support system which acted as an ecosystem. Individualism had no place, and materialism was always looked down upon. Compare it to the modern society, where materialism is the driving force for people, for which they willfully embrace toxic corporate culture that consists of nothing but cutthroat competition, which is exactly the case with Sushant Singh.

As the idea of a family becomes weaker and weaker with the increase in western concepts of materialism and individualism, modern and so called ‘progressive ideas’ have started taking roots in the minds of people that disregard the need for family only because there is ‘less privacy’ and more ‘freedom’ to do whatever they want. This type of thinking is cementing itself in the thought process of teenagers, who romanticize with such a scenario where they get to stay away from their family altogether, be it for studies or for jobs. For a generation who do not have to face any major problem in life (a famine or a war) in the early years, a normal thing in life such as moving away from the long-ignored and under-appreciated comfort of the family can lead to depression, and to deal with it, people eventually turn to habits such as drinking and drugs.

A study conducted by researchers of Harvard university proves this point. The study, which went on from the year 1930 till 2018 proved that embracing community helps us live longer, and be happier. This study, which went on for 80 years has an in-depth analysis of men and their eventual offspring comprehensively goes on to prove its point. It concludes that the more people socialize with their local community and the more family-centric they are, the happier they are.

When a young child grows up in the company of an elder, such as a grandfather or a grandmother, it has a very positive effect on him/her. Even in adulthood, having the emotional support of your family is always comforting for everyone. Impulsive short-term material desires indoctrinated in us by the modern marketing of materialistic products either fade away the second we get hold of them or leave people with utmost frustration when people are unable to get them. With weakened moral values and a hate for family and spiritual traditions that has been deeply rooted in the minds of this generation, thanks to the modern left-liberal education, this is a perfect recipe of depression and self-destructive tendencies. As we get more and more away from these things, especially community and family, it is no surprise that people have started turning towards suicide as their only option.

Just look at some simple fact in front of our eyes. Why is it that our previous generation used to have stable marriages? Why is it that the previous generations were happier as compared to our generation? The reason is simple. They respected relationships, cherished them and took them seriously. While our generation yearns for materialistic pleasures, they valued what they have and cherished their family. For us, that is not the case. Our generation idolizes actors and celebrities who live an extremely fake life on social media, subconsciously making us feel inferior and in the end, creating a pit of depression for us.

What should we value more? Materialistic pleasures? Career growth? Well, these things are also important, but they are not worth it if they come at the expense of your duties and loyalty towards your family. That is what the traditional gender role is about, moving forward while taking care of your family and closed ones, cherishing and nurturing them. This is how an ideal member of a society should behave. When families fall apart, the whole idea of a country falls apart.