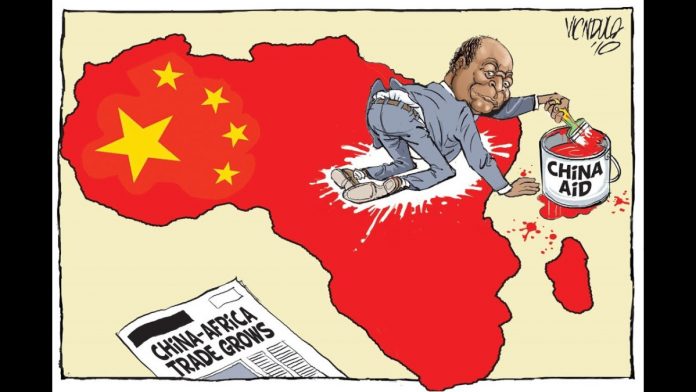 One Belt One Road (OBOR), the world’s biggest construction project bearing a price tag of 3-4 trillion USD has become a global business buzz. This rather harmless sounding Chinese state funded project puts China in an empire-building mode. The largest international transportation project after the Panama Canal, it claims that on completion it will be linking 4 billion people of more than 65 countries. The Chinese government visualizes it as an extension of the historical silk route. In BRI (another name of OBOR) summit held at Beijing in May 2017 Chinese President Xi Jinping called OBOR a golden age of globalization, but the fact is that China has designed OBOR as tool to shift its surplus industrial capacity to the underdeveloped and developing countries at huge interest rates, thus becoming a capital goods exporter from a merchandise exporter, cleverly trapping these nations in a debt trap.
The Chinese President called OBOR as an incarnation of the historical Silk Road which itself was a fragmented transportation network of regional trade. It was first baptized as ‘The Silk Road’ by a German geologist named Richthofen in 1877. The Silk Road of China in the past was seen as a foreign term .”We have absolutely no evidence that there was large scale commerce; we simply can’t quantify what amount of trade crossed the land route,” says Valeri Hansen, professor of history at Yale, adding that “most of the trade was small and local”. In OBOR, the belt refers to this land trade route linking China to Central Asia, Russia & Europe. The road in OBOR oddly makes a reference to the maritime route in the Western Pacific and Indian Ocean. As the country’s economic interests expand abroad in OBOR, the Chinese military has legalized posting soldiers in disguise of security component, holding Lenin’s theory true that imperialism is driven by capitalist surpluses.

The strategic and economic goals of China can be fulfilled only by using infrastructure as a means of projecting regional influence, promote greater economic reliance and find preferential access in participating countries, to use its excess capacity in steel and cement. The present day problems in China include economic imbalances and industrial over capacity, less consumption confined to 39.2% of GDP (less than what it was in 1960), fear of shutting down of present markets, unsustainable debt on government due to state funding of all industries, etc. Clearly the Chinese overcapacity is the main reason for the launching of OBOR. In recent years to keep the growth alive China attempted investing heavily in infrastructure which remains underutilized (Ghost cities). So China’s dictatorship has planned a new geographic strategy by which it can transfer its government’s debt to unsuspecting developing countries in disguise of infrastructure development and provide work to its low-tech unemployed workers.
The United Nations has raised a red flag over risk of China’s OBOR for countries participating in the project. All these countries have a small sized economy in comparison to OBOR.

BRI (Belt Road Initiative) investments, high current account deficit and external debt prove that intentions of China are colonial and OBOR is a means of gaining vital assets of these small countries. Glimpses of this have already been seen. Sri Lanka had to sell its port Hambantota because it could not repay China’s debt in time (debt-trap). In Pakistan, CPEC (China, Pakistan Economic Corridor) lacks an economic justification (Cost $ 45-55 billion) so presently only port construction is being implemented and Pakistan has to pay 91% of 40 years revenue of Gwadar Port to China. The BRI project does not have a people centric approach, local population is being marginalized and local agriculture and business is getting disturbed. All this led to a protest in Gilgit when a BRI summit was being conducted. China charges a interest rate of 6.3% while the World Bank and ADB charges 0.25-0.3% on soft loans. Due to this already eight countries are under sovereign debt risk including Pakistan, Laos, Maldives, Bangladesh and others. India gives credit to the neighbouring countries at a interest rate of 1% only.
The OBOR has geo-political implications for our part of continent. India sees the OBOR/BRI as China’s national initiative devised to serve its national interest because no international or regional discussions were done before its launching. India is using the Sri Lankan port developed by China and is a founding member of Asian Infrastructure Investment Bank but it has not formally endorsed OBOR. Our foreign secretary said, “Connectivity should diffuse national rivalries not add to regional tensions”.
For India CPEC (China, Pakistan, Economical Corridor) is unacceptable as it passes through POK (Pak Occupied Kashmir). Another concern of India is the naval logistic facilities being developed, dubbed the ‘String of Pearls’. These sealines and ports can be put to dual use of military bases as well. China has had a poor record in the strategic South China sea where it had started using the islands for military purposes. Soon all other countries shall also realize that China is not magnanimous in building these projects. China’s rhetoric about BRI is difficult to believe and in future this imperialistic plan of China will raise concern all over world.