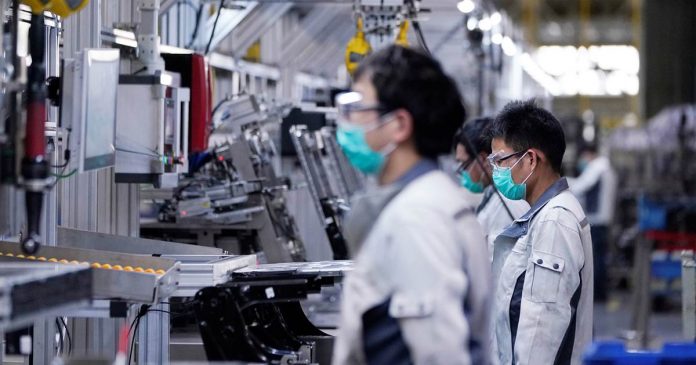 As the world struggles to deal with coronavirus, many nations have become economically hampered. But while everyone tries to get normal, China might take the brunt of companies moving away from their country. As the virus takes over all the Tiger economies such as Singapore, South Korea and Japan, companies are slowly realizing their dependence on these nations, especially China. As companies from around the world struggle to find newer pastures, the biggest impact may be on Indian economy. No, not negatively, but positively.

It must be noted that most multinationals depend on China even for their raw materials, not just for manufacturing. It is India which seems to be in the pole position to be an alternative to China. This talk, which has been going on since the US-China trade war began is now catching even more attention thanks to the coronavirus pandemic. According to Forbes, US companies are already moving out of China. The COVID-19 crisis has made this move more imminent than ever. According to experts, the biggest positive impact of this will be on Indian economy.

While India does struggle with its own issues such as complex labour laws, official paperwork jargons and red-tapism, it has slowly and steadily been improving itself as a business destination. Also known as an emerging market by most multinational companies’ top executives, that definition of India has changed quite a bit over this past century. Though certainly not as lucrative a destination as China, India has improved considerably. One proof of this improvement is the World Bank’s Ease of Doing Business Index. The Asian country, which was ranked a lowly 100th in 2017 jumped 23 places to 77th in 2018. In 2019, the country again made big leaps and was ranked 63rd out of 160 nations. While the index is certainly not the most precise, it does show an image which the current regime wants for India.

According to the Index’s report on Indian economy, India still lags behind on certain important key factors such as starting a business and contract enforcement. But huge improvements have been made in other key areas, especially insolvency. The Insolvency and Bankruptcy Code, which has made the process of filing for bankruptcy easier for businesses has done great work for this rank improvement. Not only that, India has even bettered itself in terms of reductions in bad loans. But this still doesn’t make up for India’s discrepancies.

A recent example of this discrepancy arose recently in the context of Apple Inc. Some years ago, when Apple tried to see if some components of their most valued product, the iPhone could be made in India, they were pushed back due to lack of positive results. The main component which they wanted to manufacture in India was phone speakers and headphone components. None could make that. Truly speaking, the investment that was to be required for this project would have been too large. The already established manufacturers failed on a lot of standards such as environmental norms, quality standards, health and safety standards among others. One manufacturer which was selected had some potential. But when Apple executives decided to visit his factory in Karnataka, they found out that all of the factory’s workers were on a strike. This example does present a stark reality about the condition of manufacturing sector in India.

Today, Apple has finally established a factory in India, but it is an assembly plant. The workers there only assemble the components and that too, of a very cheaper version of their iPhone. But one might say that a lot has changed as of now. Almost an year before the COVID-19 outbreak, the US-India Strategic and Partnership Forum’s (USISPF) had informed that about 200 US companies were looking to shift their production bases from China to India. As the US-China Trade War intensified and India’s relations with the US bettered, India had made itself a lucrative destination for US multinationals even before the coronavirus outbreak. When one sees all this in light with the pro-business attitude of the current regime, one can just get lost in the endless manufacturing possibilities which India can make for itself. Even though the current Finance Ministry of India, headed by Nirmala Sitharaman is critisized (duly a lot of times), the truth is that the corporate tax rate in India is now on par with most Tiger economies of South East Asia.

As the Indian retail sector braces for a big loss due to the lockdown, for some manufacturing sector companies, this global lockdown has actually been a blessing in disguise. One such sector is the Pharmaceutical sector. The Indian Pharmaceutical sector accounts for a huge share in India’s global exports. Many western developed powers depend on India for their medicinal supplies. This dependency was seen recently when many world leaders thanked India and Prime Minister Narendra Modi for supplying them hydroxychloroquine, a drug which was found effective in treating coronavirus. Interestingly, India had initially blocked its export until US President Donald Trump made some remarks about it in a press conference. Since then, 28 nations have gotten its hydroxychloroquine supplies from India.

But a different issue crops up when you see the Indian Pharmaceutical industry in a different light. Most Indian medicine manufacturers actually depend on China for their raw material supplies. The experts say that India does have the capacity to arrange these raw materials by itself, but is not willing to do that. This is in no way a positive reflection on Indian economy. India should realize that this is an opportunity to develop their manufacturing capacity, reduce Chinese dependencies and become a Pharma hub in itself.

While most Indians who have little idea about factors of production but have varied political opinions want India to manufacture electrical equipment, what they do not realize is that there are much more lucrative nations such as Vietnam who have already become the first choice after China for manufacturing these things. India neither has the infrastructure nor such low priced labour which can work in those factories. Instead, what India must do is focus on industries that already have an established base in India. One such important industry in context of India is its textile industry.

Though China produces finished garments cheaply, India also has a goodwill in the textile sector. The quality of Indian garments is also considered to be better than the China produced one. This is a good time for India to find out the issues which they face in this sector and make improvements. Cost cutting techniques on a national scale can work wonders, plus capacity building for garments will have a very positive impact on Indian economy. India must have learnt its lesson now about how a policy of export promotion is better than import substitution. For this, improvising the textile sector is a great way forward for Indian manufacturing sector, and for creating a positive impact on Indian economy.

It seems that the luck of Prime Minister Modi always seems to bring a big opportunity with problems. Recently, Japan is also planning to make many of their big industries out of China. In fact, the Japanese government is paying those companies $3.5 billion to do it. If India, who is on the good books of Japan, can get any big Japanese manufacturer to manufacture their automobile components in India, it would be a big win for the NDA government, who seem to have a below par performance as far as the economy is concerned. Now as all the major world economies struggle due to their high Debt to GDP ratio, India has a great chance to become an economic and manufacturing powerhouse.

Just yesterday, news came in that major Korean multinational players were keen to move out of China, to India. As we fight and support our brave coronavirus warriors and follow coronavirus prevention tips, now is the time for certain government institutions to start backdoor negotiations with big companies, make a roadmap for attracting them to manufacture in India, and boost India’s production capacity so much that it becomes an independent economic powerhouse. 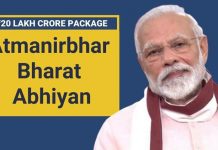