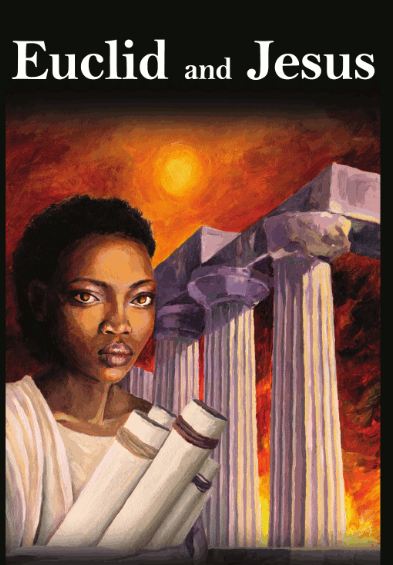 What if someone comes to you and tells you that if you don’t believe in Jesus, you will be punished and will be doomed forever in the purgatories of hell? Will you believe them? If you are sane, you probably won’t. But what if a scientist comes to you and tells you that certain theories which are propagated by these religious institutions are in fact, correct? There is a very good chance that you might not question those theories at all, and your blind trust in science will make you believe on their word, without you trying to verify it with the facts.

This is exactly what scientific propaganda is. When things are propagated through science rather than religion, people believe it. There is a very famous saying which goes like this- “The Church is not about God, it is about power.” The idea here is that since eternity, science is something which humans believe in, and the always manipulative and improving church, which was once waging wars against science is now using it as a tool to propagate their ideas. People’s ignorance and their blind belief in scientists is what is being exploited by the church.

The best example here would be the so-called great Astrophysicist Stephen Hawking. Though he repeatedly said that he was an atheist, he was still seen subscribing to the Church’s theory of ‘Creationism’, over which hardly anyone questioned him. Also, our colonial roots have all but ensured that this propaganda keeps on blossoming from within our education. According to eminent Indian scientist Dr. C.K Raju, who also seems to be the only voice against this propaganda, even after 7 decades of independence, our education system, right from the start has stemmed in itself the theology of the church. The best example is our 9th standard mathematics book which has a chapter called ‘Euclid’s Geometry’. According to the book, Euclid was a mathematician who gave some postulates on Geometry, but the truth is far from what is written in our books.

Dr. C.K Raju had announced a prize of ₹2 lakh to anyone who can prove Euclid’s existence, whilst also denouncing his claim that Euclid was, in fact, a concoction of the Church text. For 10 years, no single person has come forward to claim the prize. Another point which demands criticism is the universality of the laws and postulates of science which we are taught. While many Indians are quick to praise their medieval sages for their achievements and advancements in science and mathematics, no one amongst us has tried to know as to how did they do it.

Euclid is just the tip of the iceberg. Dr. C.K Raju even criticizes the calculus, which makes the core of the Mathematics syllabus of the 12th syllabus. He even conducted a session on this in MIT, the USA which left everyone baffled(watch the below video).

Geometry did exist in ancient Aryavart, and it was in no way similar to the geometry we are taught today. If there are so many differences in the ways which we used to approach Geometry, then why are we being taught some Geometric and scientific postulates, that too by a non-existent figure? It puts a big question mark on the universality of mathematical and scientific laws and postulates. Also,why is it that our 9th class NCERT textbooks call the older system of our education inferior without even having a proper discussion or a debate on it?

Even today, instead of understanding the narrative and moving back to our cultural roots, we’re doing exactly the opposite. The Government of India recently formed a committee for preparing the final draft of the Education policy, where people such as Manjul Bhargava were appointed. Though undoubtedly a big mathematician, he was appointed on the basis of a $15000 award he received from a foreign country’s university(Fields Medal).For $15000, it seems as if our education policy was bought by the West.

From following the calendar of the Church(the Gregorian calendar) to following their education system, we have been deeply indoctrinated with the values of the Church. Even after 70 years of freedom, we are still constricted by the ropes of colonialism, which did well in identifying our Vedic gurukuls as our strengths, and in removing them from our civilization. The belief that science is always correct requires some serious introspection from our side, and courses such as ‘Rajju ganit’ must be brought into the forefront of the discussions concerning our education. Blindly copying the western ideas and policies should stop, and our cultural roots must be discovered again. In the words of Sadhguru, the holy land Aryavart was a complete world in itself, with its own culture, literature, and science. We must discover them again.