The Positive Indian
Home Science and Technology All you Need to Know About JioGlass, the 75 gram 3D Gizmo...
Facebook
Twitter
WhatsApp 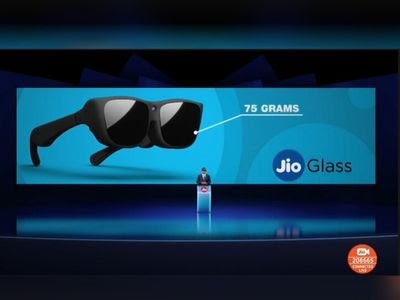 Overall, the device is supposed to work as an enhancement towards the virtual space and will increase the interactive capabilities by introducing 3D avatars, holographic content and video conferencing features.

For people who wish to see the device’s content on their phones, Jio will also send a cable which you can connect to your phone and use JioGlass’ features on your phone. For now, the device supports 25 apps in all.

With JioGlass, one will get personalized audio services and can also make their own 3D avatars, which are meant to make interactions among people better. Overall, the 3D avatars are trying to bring in a change in the way virtual interactions are taking place. The company is also bringing the feature in discussions using 3D avatars.

By leveraging holographic content, the JioGlass can bring in revolutionizing changes in the field of education. It can completely change the way subjects were being taught till now.