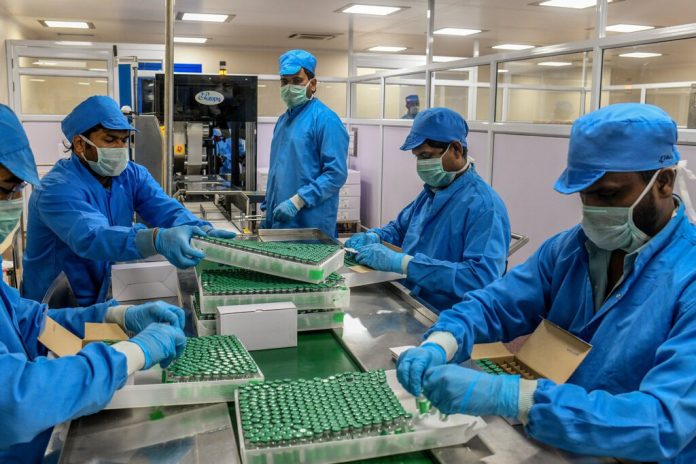 On Sunday, April 19th, India opened their vaccination drive program for everyone above the age of 18 years and above. Till now, India has administered 122 million doses of vaccines to its citizens. As the second wave of COVID 19 gets worse, here are five major takeaways from India’s Vaccination drive –

· Biggest Vaccination Program in the World

India’s COVID 19 vaccination program is by far the biggest vaccination drive in the world. The program started on a positive note wherein all the front-line workers were vaccinated in the first phase, after which people over the age of 60, people who have a history of COVID 19, and those with a compromised immune system were to be vaccinated in the second phase. As of 20th April, there are 73,600 vaccine centers operational in India.

India’s vaccine development program gained lauds and applause from the scientific community all over the world as it became the only developing nation to develop two different vaccines for COVID 19, namely Covaxin and Covishield.

· India has Exported Vaccine to Over 70 Countries

India has exported over 60 million doses of its indigenously-made Covishield vaccines to over 70 nations. Developed nations such as Great Britain and underdeveloped nations such as Djibouti all received Made in India vaccines. India exported a huge chunk of these 60 million doses as grants to a lot of nations, with a lot of their politicians terming it as ‘vaccine diplomacy’

Amid huge political rallies in states such as West Bengal and Assam and laxity in the implementation of COVID regulations after the first wave, India has been badly hit by a second wave of COVID 19 that is seeing a tally of over 2.5 lakh cases every day. This surge, which became so severe in only about a month has now brought up a severe vaccine shortage in India. Accordingly, if the current speed of vaccination drive continues, India will only reach 70% vaccine coverage by December 2021.

· Amid Us Embargo of Raw materials, India’s Vaccine Production Falling short of Mark

On 16th April, Adar Poonawala, the chief of Serum Institute of India pleaded with the President of the United States to lift the embargo of raw materials needed for vaccine production.

Even though the embargo is on raw materials needed for the production of Novavax (not yet approved in India), the fact remains that there is a huge gap between the supply and demand of vaccine doses that India needs. To overcome this shortage, The Serum Institute of India and Bharat Biotech will get $400m and $210m each from the Indian government.

Live COVID 19 Vaccine Tracker- Below is a live COVID 19 created with Datawrapper, powered by Hindustan Times-